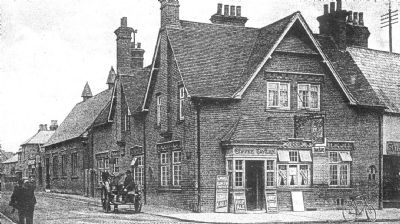 The roots of Hoddesdon Baptist Church date back to 1897, initially meeting in The Three Cups Coffee Tavern Hall (shown right) in town. The church was then formally received into the Baptist Union in 1901. Soon after, in 1909 the current site was acquired and plans began to construct a church building and a school. The foundation stone was laid 23rd July 1914 (below left). The main sanctuary was opened later the same year and the additional halls added in 1967.

If you are interested you can read about our history in the booklet published on the centenary of becoming a member of the Baptist Union.  More recently we have celebrated the centenary of the laying of our foundation stone (below right) and recreated the photo! 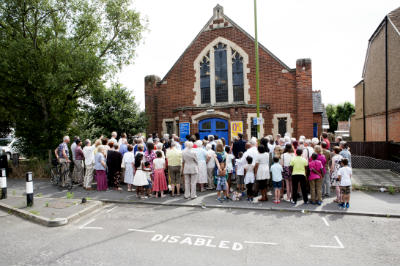 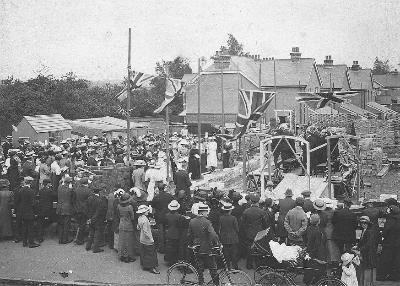